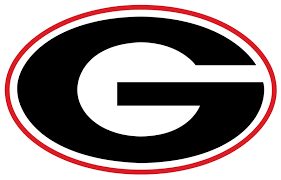 Robert Joseph “Joe” Allen, 74, passed away suddenly, Saturday, November 13, 2021, at Baptist Medical Center, Jacksonville, FL. He was born in Folkston, Charlton County, Georgia on September 10, 1947. His parents are the late William Robert “Bob” Allen, Jr. and Winona Tomlinson Allen. Joe is also predeceased by his only child, a beloved son, Robert Joseph “Bart” Allen, Jr. Joe was a proud graduate of the Charlton County High School graduating class of 1965. He was a member of the CCHS football team, the basketball team and the track team, Beta Club and FFA. Joe continued his studies at the University of Georgia graduating in 1969 with a Bachelor of Science in Forestry. Following graduation, Joe was employed by Union Camp in Eulonia, Georgia, and Gilman Paper Company in St. Mary's, Georgia before entering into private business in the forestry and logging industry. Joe served as the Executive Director of Southeastern Wood Producers for a number of years. He was known through the states of Georgia and Florida as a strong advocate and voice for the logging industry. His vital work in both legislative bodies resulted in several important bills being passed to benefit the logging industry. In 2008, Joe was hired as the Manager of the Caterpillar Forest Training Center in Auburn AL. He retired from this position in 2015 and returned to Folkston. Joe's first love was his Savior and Lord, Jesus Christ. He lived his life as a willing servant sharing the gospel and ministering to others. As a long time member of First Baptist Church, he has served in many capacities including, the Finance Committee and the Board of Deacons, of which he was the current Chairman. Joe was also the teacher of the Gene and Trease Crews Sunday School Class and a faithful member of the food ministry team delivering meals every Wednesday night. While a resident of Opelika, AL, he faithfully served at the First Baptist Church of Opelika where he had many wonderful Chrisitan friends. During the time Bart was a child and teenager, Joe served in many capacities for the Charlton County Saddle Club, including President. Joe loved his country and strongly believed it was important to be involved in the protection of this great country. Joe is survived by his high school sweetheart and wife of 54 years, Marion Murray Allen; One sister, Donna (Randy) Nance; One brother, William R. “Bill” (Patsy) Allen; Eight nieces and nephews: Mark (Catherine) Murray; of Rockmart, Georgia; Heather (Brian) Huling, Folkston, Georgia; Miranda (JB) Campbell, Senoia Georgia; Lynn (Shanon) Murray, Folkston, Georgia; Cindy (Hank) Alexander, Watkinsville, Georgia; Will Nance, Kingsland, Georgia; Paige (Jeremy) Nobles, Claxton, Georgia; Forrest Allen, Folkston, Georgia. Twelve Great nieces and nephews: Hampton, Walker and Lilly Huling; Alaina and Ella Campbell; Taylor and Tanner Murray; Kaylee and Alyssa Alexander; Rhett and Tucker Nobles; Marah Allen.

Condolences may be expressed by signing the guest registry at www.shepardfh.com.  Arrangements under the direction of Shepard-Roberson Funeral Home, 526 Oakwood Street, Folkston, Georgia 31537.  912-496-7388.

To send flowers to the family or plant a tree in memory of Joe, please visit our floral store.